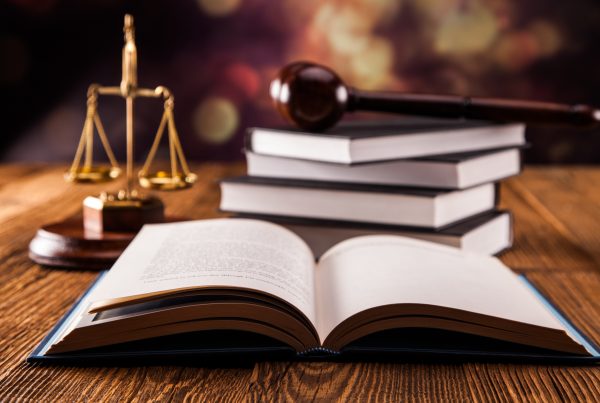 THE CRIMINAL PROCEDURE CODE OF CAMEROON AND ADMISSIBILITY OF ELECTRONIC EVIDENCE.

Technology has advanced in a way that it places a lot of questions on electronic evidence tendered in our courts today in Cameroon. This might be so because our draftsman did not foresee the rapid development of technology and it consequences in the administration of justice in our Cameroonian courts. He did not take into account that computerized documents sought to be tendered in evidence ought to undergo a process of judicial scrutiny.

The Cameroonian draftsman equally did not consider that, electronic records are vulnerable to manipulations.

In the wordings of TOBI, J.S.C. of the Federal Republic of Nigeria, in the case of ARAKA. V. EGBUE. (2003)LPELR-532(SC), (2003)17NWLR (pt.848)1,  He said “in this age of sophisticated technology, photo-tricks are the order of the day and secondary evidence produced in line with S.97 (2) (c) of the Evidence Act could be tutored and therefore not completely or totally authentic. Photo-tricks could be applied in the process of copying the original document with the result that the copy which is secondary evidence does not completely or totally reflect the original…. Court has not eagle eyes to detect tricks” to him “photo-tricks” in modern days; take the form of ‘enhancement’, super-imposition, transposition, modification, alteration etc.

Also in the case of UNITED STATES .V. HUNTER judge WILLIAM SESSIONS also observes that “computer records are extremely susceptible to tempering, hiding, or destruction, whether deliberate or inadvertent…images can be hidden in all manner of files, even word processing documents and spreadsheets” indeed; a computer generated document can be altered without leaving any obvious trace of it alteration. Computer generated documents can also be copied, updated, intercepted or deleted. Johnson (1992) alludes that although computer generated documents may carry the aura of accuracy and liability, the truth remains that they are actually more inaccurate and unreliable than traditional forms of documents.

The activities of hackers have also become notorious which is posing serious dangers to the accuracy of computer generated evidence. Their activities include, theft, fraud, destruction of data and unauthorized access to stored information, amongst other, which tend to compromise the integrity of the contents of computers.

(i) that the statement sought to be tendered was produced by the computer during a period when it was in regular use, to store or process information for the purpose of any activity regularly carried on over the period;

(ii) during that period of regular use, information of the kind contains in the document or statement was supplied to the computer;

(iii) the computer was operating properly during that period of regular use or if not the improper working of the computer at any time did not affect the production of the document or the accuracy of its contents; and

(iv) that the information contained in the statement was supplied to the computer in the ordinary course of its normal use.

Sections 307,308 and 313 of the criminal procedure code of Cameroon deal with evidence.

S.308 (b) states that any proof in rebuttal of an allegation maybe established by any means.

S.308(c) proof by any means of wiretapping, electronic listening device or other instruments of surveillance is admissible under the conditions laid down in S.92 and 245 of the CPC.

In the wordings of S.92 (1) (a) CPC, it says; a judicial police officer may, in the course of an investigation, question any person whose statement is likely to lead to the discovery of the truth.

(b) The person summoned for questioning shall appear and answer any question and if he fails to appear, the judicial police officer shall inform the state counsel who many issue a writ of capias against him. Such person shall be brought before the state counsel.

(2) A judicial police officer may;

– conduct the search of a house, and premises and make seizures in accordance with the provision of section 93 to 100;

– remand persons in police custody in pursuance of section 119 and following;

– request the assistance of expert or any person capable of assisting him in any given phase of the investigation;

– Request in writing to be transported with immediate effect, in any public or private road, railway, water or air transport vehicle. The original of the written request shall be left with the carrier.

(3) in the cases of felonies and misdemeanours punishable with at least two’2)  years of imprisonment, the judicial police officer may, on the written authorization of the state Counsel, and under the control of the letter, in accordance with the conditions laid down in section245, and throughout the investigations:

-intercept record or transcribe all correspondences sent by means of telecommunication;

-take any photographs at private premises.

(4) Any one heard as a witness or as a person vicariously liable, may not in any circumstance be subject to remand in police custody.

1 subject to the provisions of s.244(1), the examining magistrate may, by a ruling, direct the post-master to send to him all or part of the defendant who is released with or without surety or placed under judicial supervision.

A careful look through section 93 and 245 of the CPC, it still falls short of laying any proper grounds for tendering let alone the admissibility of electronic evidence.

Section 313(1) says the contents of any document may only be proved by primary evidence or where necessary, by secondary evidence. Oral evidence in proof thereof shall not be admissible.

This section in it subs (2) (a) and (b) goes further to define what it meant by primary and secondary documents.

A clear look at the above sections of the CPC which deals with admissibility of evidence, shows that the legislator did not lay any foundation as to how electronic evidence or documents are to be scrutinized before  being admitted as evidence in court. He didn’t look at the spirit of documents and record –trick.

Following the wordings of Tobi.  J. S. C. of Nigeria, Section 84 of the Nigerian Evident Act 2011 together with other authors, it will not be an over statement on my part to say that the Cameroonian draftsman did not take in to consideration the rapid development of technology and the effects of documents produced via technology (computers) thereby rendering our judges helpless when faced with such  evidence before them and also S.308 of the CPC “very WEAK” in the implementation of justice as people today can fabricate documents such as photos, records etc. and tender them in courts as evidence. Most often, these documents are admitted without any procedure laid down for scrutinizing such documents or evidence.

It’s my humble opinion that S. 308 of the Criminal Procedure Code of Cameroon (CPC) should be reviewed, due considerations should be given as to the unstoppable advancement of technology.

It is equally my opinion that proper conditions should  clearly be spell out as on how electronic evidence should be treated before being tendered let alone admitted as evidence in courts, taking in to consideration the new methods of document- tricks today.

In conclusion, it is my humble opinion that the Cameroonian legislator could copy from the Nigerian legislator per S. 84 of the Evidence Act of Nigeria 2011 which because of necessity and fast thinking on the development of technology, squarely dealt with issues of admissibility of electronic evidence before their courts by putting down four grounds that an electronic generated document must go through before it can be admitted. This has made procedures of such nature and work less tedious for the courts as clear rules are laid down.